Although the Avanti IsoWhey Sports team may have once more been the NRS (National Road Series) standout performers during 2016, this season has seen mobius Future Racing emerge as a serious potential challenger to the team from Tasmania, having finished second in the overall team classifications, and having placed two of their riders in the individual standings. The standout rider for mobius Future Racing’s 2016 team has to be Ben Dyball, the former Australian under 23s national road champion, whose crowning achievement of the season has to be his victory in the Tour of Tasmania. The talented rider ended the season in fifth position in the National Road Series, with Robert Stannard coming in 6th place overall – no mean feat at just 18 years old. As a result of his success, Stannard has earned himself a place in the World Championships, being selected to represent New Zealand in both the men’s junior road race and time trial events. His teammate James Fouche has also been selected to represent mobius Future Racing in the Worlds in Doha, ensuring that the team will be seen on the biggest possible cycling stage. While the 2016 may have exceeded Tom Petty, mobius Future Racing’s team manager’s, expectations, and the expectations of those outside the team itself, internally, the team’s members have not been surprised by their success this season. 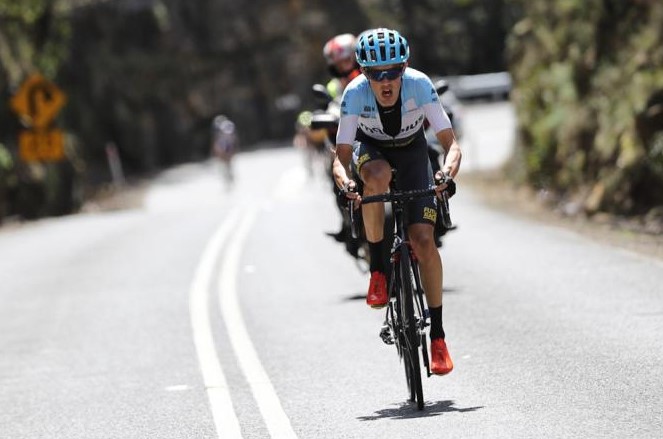 Although there may be uncertainty over the direction in which the NRS will head in the future, since Cycling Australia are continuing their 17 month-long review into the country’s domestic racing scene, Tom Petty has developed a structure that is virtually immune from any instability and which forms a solid foundation for the team’s ongoing success. The team are moving into their 3rd season with almost the same sponsors, and with a business model which shows a specific return on investments. Mobius are a company which specialises in communications and marketing, and the team’s other investors have turned to mobius for their website construction and marketing needs, providing a return on their investment, and demonstrating the ways in which sponsors can generate business. This business model has ensured the team’s stability as they go forward into 2017.

Even though the team have a strong business model in situ and are currently ranking second on the NRS, they will not be resting on their laurels over the coming season. Tom Petty and his team are ambitious, and are focusing on making improvements and working on becoming Australia’s top team in the domestic series. While they will not be a Continental team during 2017, they have already applied for some UCI starts next year, but there is little point in the team going to races in Asia, since their sponsors are all based in New South Wales. The team have, however, forged some partnerships over in France, and are trying to gain further exposure there. At the present time, there is a possibility of the team going Continental in 2018, but they are currently focusing on their major objectives and aiming to achieve them before aiming higher. The 2017 team roster is currently in the finalisation process, but while Petty would prefer Dyball to be in the line-up, there is a chance that he may not be with the team in the coming year as he is waiting for a pro contract which may possibly come off over the next few months. If the deal does not work out, Dyball will almost certainly be back in the blue, white and black kit for the 2017 season. The rest of the 2017 roster will stay virtually unchanged, with the talented trio of Alex West, Fouche and Stannard remaining in the line-up. All three of these youngsters, still in their late teens, have received great praise for their focus and commitment and have the drive and ambition to really deliver for the team. Mobius Future Racing’s 2017 season will be kicking off in January with the Australian and New Zealand national championships, and Petty has high hopes that this will secure the team a start in the UCI 2.2 NZ Cycling Classic.