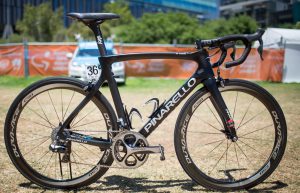 the details for all of the big teams. The 2017 cycling season will see many changes in the line up of bikes for the WorldTour. There are several inevitable reasons for these changes, including two of the teams having folded, a Pro Continental tea, having made the step up to the World Tour and the splitting in two of Lampre-Merida, but as yet, everything is subject to change as the UCI have no yet set the new regulations for the WorldTour. This will take place on November 8th, and we will then see whether or not it has been reduced down to just 17 competing teams. Some of the changes for the new season include new paint jobs and new technology – Argon 18 will be moving to Astana, Colnago will be partnered with T J Sport, and Factor Bikes will be making their first ever WorldTour debut with their AG2R La Mondiale. As Peter Sagan has moved to Bora-Hansgrohe, he has now given the team sufficient WorldTour points in his own right to boost the team into WorldTour status, even though he is not the team’s only headline signing.

For the 2017season, we also see Specialized partnering with Bora-Hansgrohe and therefore we will probably be seeing more rainbow coloured, custom painted frames on the course. Even though Argon18 and the Bora team’s partnership has come to an end, this does not mean that the Canadian brand will not be represented in the WorldTour. They have now partnered up for the next 3 seasons with the Astana WorldTour team, which means that the Kazakh team will be riding the Nitrogen Pro, Gallium Pro and E-118 Next time trial bike. The leader of the Astana team, Vincenzo Nibali, will be heading in 2017 to Bahrain-Merida and Fabio Abu has his sights firmly set on the Vuelta a Espana and the Giro d’Italia, so there is a strong possibility of a Grand Tour victory for Argon18’s initial season with WorldTour ranking. The 2017 season will also see Factor Bikes’ first foray into the WorldTour rankings following their season with the Pro Continental team ONE Pro Cycling. TJ Sports and Colnago will also be rejoining the WorldTour ranks following a year out of the ranking when Europcar were demoted in the 2016 season. Tony Martin, ITT World Champion will be seen in his rainbow jersey in 2017 riding the Canyon Speedmax after having signed recently for Team Katusha, while Canyon will be remaining with Tour de France hopeful Nairo Quintana and veteran Spanish cyclist Alejandro Valverde’s team Movistar during the 2017 season.

A Round-Up of the 2017 Models, Components and Wheels for the WorldTour

In the table below you will see a complete provisional list of all of the bike manufacturers and models, components and wheels that will be used by the WorldTour teams during the upcoming season. Of course in the case of the cobbled classics there will be some changes in the bike models used by certain teams, with some more forgiving options available for endurance. Also, UCI have recently announced that there will be a 2nd disc brake trial with discs that are rounded and that feature protective casings which will add even greater variety to the bike fleet for the 2017 WorldTour.