Taking place on the weekend of the 23rd to 25th September 2016 at the Birmingham NEC Arena, the greatest ever Cycle Show is showcasing more brands than ever before. Playing host to some of the most beautiful, biggest and best road bikes, this event is celebrating its 15th year, and here you can see a sneak preview of some of the top bikes that you can enjoy in this better-than-ever event. Some of the famous names showcasing their 2017 ranges include Storck, Bianchi, Cannondale and Canyon, and many of their offerings are debuting in the UK. 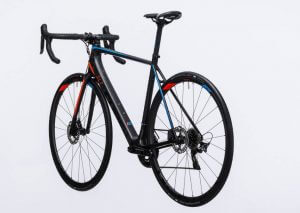 biggest ever, and the stand-out feature of their range is sure to be the 2017 Litening C:68 SLT Disc. This super lightweight racing bike has been fitted with the latest Shimano Dura-Ace Di2 groupset disc brakes, and its tube profile has been revised to make the frame even more aerodynamic – the Litening weighs in at under 6.6kg, well under the weight limit imposed by the UCI. 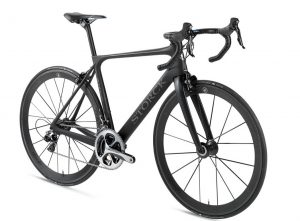 The lightweight Storck Fascenario has sought to impress ever since it’s 2007 launch, but the updated version, the Fascenario .3 model is certain to turn heads. Thanks to its aero tube updated profile, this bike combines a low frame weight of just 770g with aerodynamics for a comfortable ride. It doesn’t come cheap however, with the frameset alone setting you back £5,559.

The most recent version of the Bianchi Oltre aero road bike, the 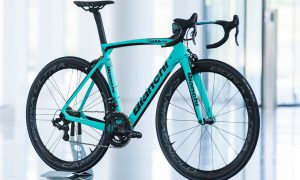 XR4 is the final word in comfort and aerodynamics. Pairing Countervail technology with a sub-kilo frame, this bike has been designed with cheating the wind in mind, and, while its external appearance may be similar to that of its predecessor the XR2, its revamped tube profiles have massively improved the aero prowess of the frame. This upgraded model also features an integrated seatpost and a Vision Metron 5D single piece stem and handlebar to make this one of the most appealing bikes of 2017. 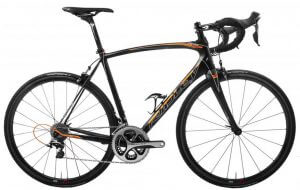 Ridley have introduced two brand new disc-equipped road bikes into their 2017 range – the Fenix SL Disc endurance bike and the Noah SL Disc aero bike. Rather than focusing on aerodynamics like the Noah SL, the Fenix SL Disc has been designed with the rider’s comfort in mind and, as the need for a rear brake bridge has been eliminated, its ride quality has been dramatically enhanced.

The classic SuperSix Evo from Cannondale has long held a

reputation as one of the top all-round performers as a race bike, and now, for 2017, it has been revamped and given disc brakes. While still boasting the same impressive handling, TAP (Truncated Aero Profile) tube shapes and low frame weight of the original, the two upgraded versions, the Carbon and the Evo, have been manufactured from the brand’s flagship carbon fibre, in the case of the latter, and a more cost effective carbon fibre blend in the case of the former, for an even better result.

The new flagship road bike from this Italian firm, the 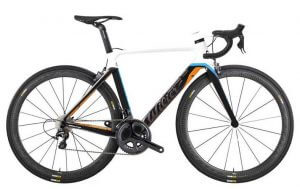 Cento10Air represents an overhaul of the earlier Cento1Air model. Its sleek and stylish frame has adopted a NACA approved truncated Kammtail profil and, with low frame weight and comfort in mind, the seatstays have been lowered, resulting in a bike that is more aerodynamic than ever before, weighing in at just 990g, a full 200g lighter than its predecessor. The Alabarda integrated stem and handlebar has also been specifically designed for use on this new bike for an even more impressive finish.

Best known for their well designed and practical bikes aimed at 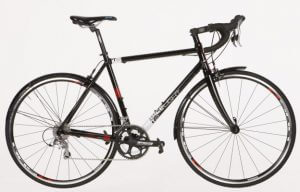 the UK market, Kinesis have taken their popular training bike and given it a contemporary update, with a new tapered headtube, full carbon fork and a lightweight tubeset that sheds around 200g from its total frame weight. The T3 now has a performance edge over its previous incarnations while maintaining all of the dependability and ease of handling that made the T2 such a popular choice, and thanks to its mudguard mounts and rack, it is still a perfect choice for training or for commuter use. 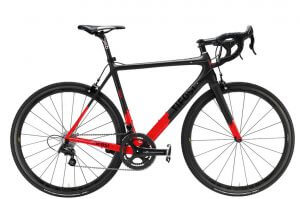 Featuring a stylish red and black frame, this bike is not only aesthetically pleasing but also fast and comfortable to ride. Ideal for all terrains from flat surfaces to winding descents, this racing bike’s name originates from the road seen in The Italian Job’s opening sequence. With gear ratios that are designed for racing and a rapid-moving frame, this appealing model features Chorus skeleton calipers, Miche-branded brakpads and Vittoria Corsa (Open) G+ Graphene tyres for even better performance.

The latest offering from British cycling brand Ridgeback is the 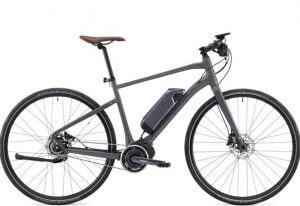 stylish Flight series, which aims to embrace the future thanks to their e-bike range. Adopting the Shimano STEPS system in which the battery and motor are integrated into the smart aluminium frame, the E-Flight comes in at £2,499 and combines disc brakes and flat handlebars with wide range gearing. 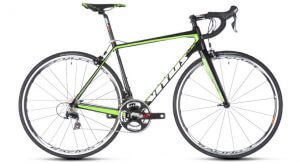 Another brand to offer a disc brake option on their flagship road bike, Vitus have introduced their Vitesse Evo Disc UCI accredited bike to the market. Designed to have improved braking reliability in all weathers while delivering high level performance, the Vitesse Evo is comfortable enough to ride all day, and comes with a complete Shimano Ultegra 6800 groupset as well as Vitus’ proprietary brand finishing kit.

Yet another race bike which has been given disc brakes for 2017, the Genesis Zero features a tweaked carbon layup which accounts for the increased braking force generated by disc brakes and an updated geometry which guarantees that this upgraded model still maintains all of the easy handling of the non-disc version. Coming in four different specifications prices between £2,199.99 and £3,299.99, the range can be seen alongside the complete 2017 Genesis range.